You’re Not Alone…so let me write to you

This feeling fortunately didn’t last long. I started my mental health-focused blog, a Twitter account to go with it, joined mental health organizations on my campus, and even met my first friend who also had OCD. This network only continued to grow with time. Now, I have countless friends with OCD and feel incredibly supported.

If you follow my blog, you probably know I love mental health projects. I helped found and eventually directed the Mental Health Monologues show at University of Michigan. I was on the planning committee for the Depression on College Campuses Conference. I’m currently writing 100 thank you notes now that I’m doing really well in my recovery. These projects fuel me.

For months I had toyed with the idea of somehow sending something to people who had just been diagnosed with OCD. I got the idea after I heard about JDRF sending packages to kids diagnosed with type 1 diabetes and instantly fell in love with the concept. Yet, how would I transform this for individuals with OCD and, if we’re being honest, do it without funding?

At the time, I was writing letters back and forth with several of my friends I had met at the Annual OCD Conference. One day it clicked: I would send letters to people with OCD, whether they had been diagnosed yesterday or decades ago. I would send a letter to anyone who felt alone. Not Alone Notes was born.

So, I added a page to my blog with a Google form, started using the hashtag #NotAloneNotes on Twitter, and anxiously awaited for the first request. To my amazement, less than ten days later it came. I hurriedly sent the first letter and waited for more requests.

Slowly but surely the project grew. The most miraculous turn was when fellow OCDvocate and now friend, Molly, reached out and expressed interest in helping with the project. She is an artist and offered to handmake cards. How could I resist? They are extraordinarily lovely, and she helps write and mail the letters as well. This project wouldn’t be what it is without her help.

Together we created an Instagram and Facebook page, reached out to other OCD-related organizations and pages, and watched our “baby” grow. Less than three months after starting the project, we excitedly celebrated sending our 100th note. It hasn’t even been a year, but now we’ve sent close to 250 letters. They span across 35 states and 10 countries. That alone should be proof that you are not alone in having OCD. 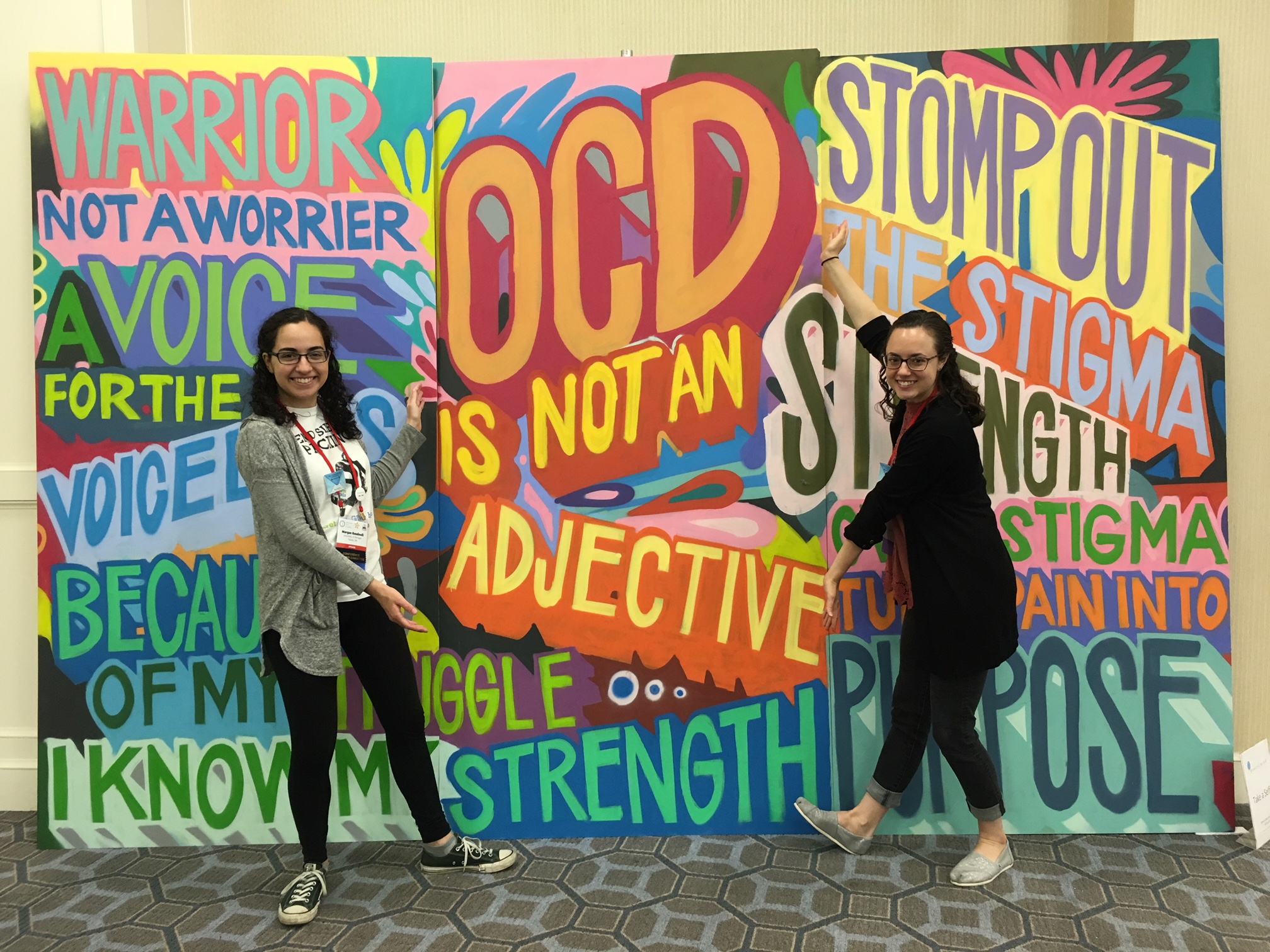 Morgan and Molly at the 25th Annual OCD Conference.

We don’t ask for thank you’s or anything in return, but every time we receive a thank you message my heart melts into a puddle. My favorites messages are the pictures we’ve received of kids joyously reading their letters. It just makes me day. I can’t really put into words what it means that I can possibly help someone feel less alone. It’s surreal. Four years ago, I was struggling and alone; today, I consider myself recovered and am part of a community.

If you have OCD and are interested in receiving a Not Alone Note, Molly and I would love to mail you one. To request one, please fill out this form.

To learn more about the project or to contact us visit or email: